Son’s of The American legion

The S.A.L. is made up of men of all ages whose parents or grandparents served in the United States military and became eligible for membership in The American Legion.

The American Legion was chartered and incorporated by Congress in 1919 as a patriotic veterans organization devoted to mutual helpfulness. It is the nation’s largest wartime veterans service organization, committed to mentoring youth and sponsorship of wholesome programs in our communities, advocating patriotism and honor, promoting strong national security, and continued devotion to our fellow servicemembers and veterans. 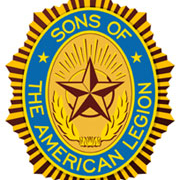 Subscribe to our sign-up for all our important news and updates! The weekly newsletter is below and never miss the latest product or an exclusive offer.